Connecting the ADALM Pluto to the Local Area Network (LAN)

The ADALM Pluto SDR features an embedded TCP-IP stack. Thus, the only thing needed to connect your Pluto to your LAN is to add an USB 2.0 OTG adapter cable with external power input and an USB-Ethernet adapter.. 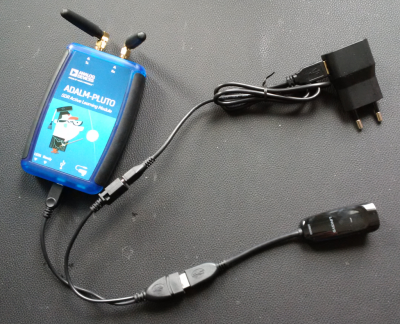 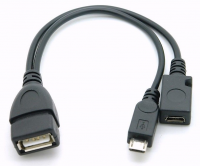 Alternatively, you can use a single OTG USB cable and power the Pluto via the second USB connector on the Pluto.

The USB-Ethernet adapter is a USB3GIG from LINKSYS. This adapter is an USB3 adapter supporting up to 1Gigabit/s on the network. I have chosen this in case I want to use it in the future also for the other purposes. The ADALM Pluto is actually only supporting USB2..

As power adapter I am using an older power supply from Blackberry which supplies 5V, 850mA. I had measured the output of this power supply and was surprised how clean the 5V DC is 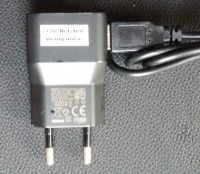 Here is the setting in the config.txt file of the ADALM Pluto. You will find it as ASCII file in the virtual drive which is mounted when you connect the ADALM Pluto by USB with your PC:

Do not set the parameter ipaddr_eth = Leaving this open will result in the Pluto obtaining an IP-address from the DHCP server.

Check in your Router which IP-address is given to the Pluto and enter it in the in Radio-Definitions Setup-Window of SDR-Console: 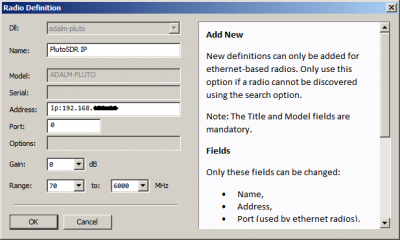 That’s all. Now you can run the ADALM Pluto on your LAN and you can access it from any PC using SDR-Radio. Here is a screenshot of SDR-Console receiving a local broadcast station with the Pluto on the LAN: 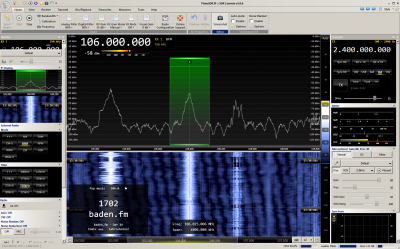 Here are the settings in SDR#: 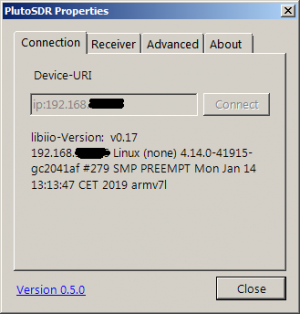 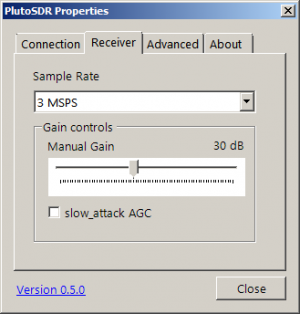 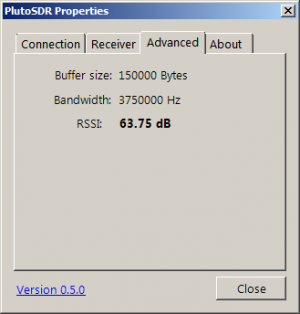 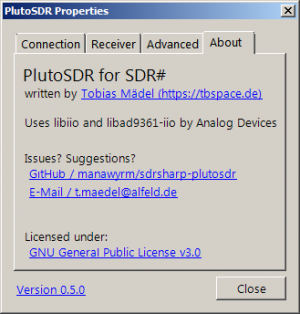 Here is a screenshot of SDR# receiving a local broadcast station with the Pluto on the LAN: 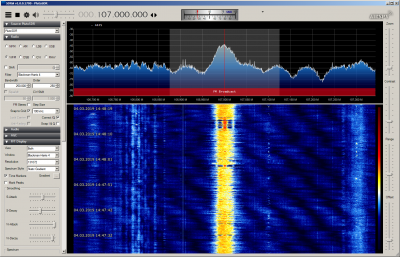 Here are some tips in case you have problems connecting your Pluto to the router:

Update 1: A radio amateur had problems, getting his Pluto connected to his Router. He could see the Pluto listed as a network device in his router but could not ping nor connect it. It turned out that he had set the IP-address to the same address as the router, which of course did not work.