How do you solder F sockets correctly?

The AMSAT-DL's QO-100 downconverter is a largely equipped kit. Only a few sockets have to be inserted and soldered. This also includes 3 pieces of F-angle bushes. In the meantime, many of the kits have been sold and successfully put into operation by numerous radio amateurs.

There were several problems caused by mysterious short circuits in the F sockets, which, thanks to the short-circuit resistance of the driver module for the remote supply of the LNB, did not cause any further damage, but should nevertheless be avoided. 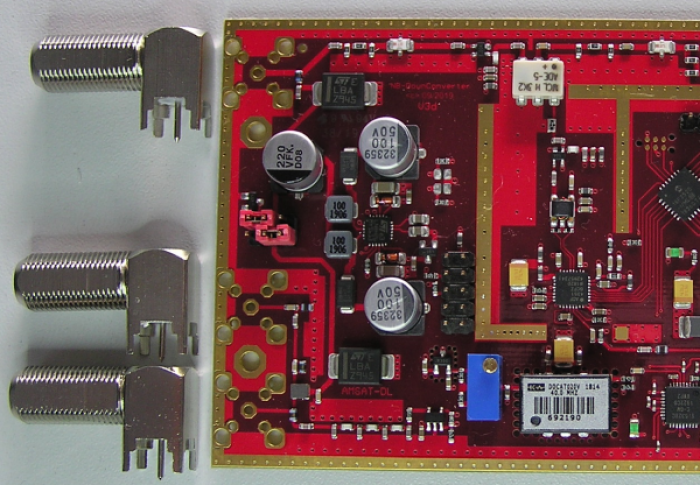 The F-sockets used do not have temperature-resistant Teflon (PTFE) as a dielectric, but rather polyamide. So far, no F-sockets with a Teflon dielectric have been found. Polyamide is perfectly suitable for automatic soldering using a soldering wave at 260 degrees Celsius, but special care is required when soldering by hand. If the sockets are heated too much, the dielectric melts and the inner conductor can shift in relation to the rest of the socket. This can possibly also lead to a short circuit.

The following pictures are from a sawed-out F-socket, which Walter DL1GW kindly provided. In the first picture there is still enough distance between the inner conductor and the sleeve of the F-socket, in the second picture this distance has almost disappeared. 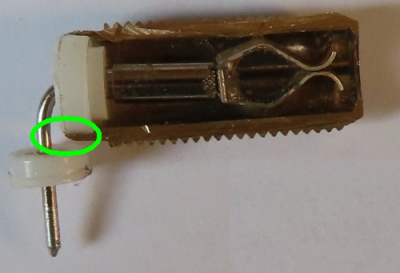 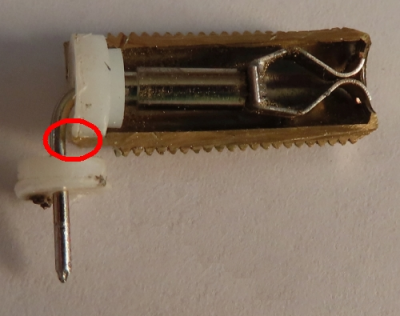 If the socket is heated too much, the deformed dielectric may cause short circuits in two other places 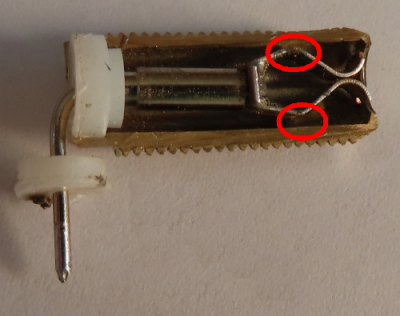 It is best to solder the F-socket with lead-containing solder, because this has a lower melting temperature. You should also use a temperature-controlled soldering iron with a power of at least 80W and a tip that is not too small. With a lot of power does not necessarily mean that soldering is particularly hot. Rather, if there is a sufficiently large supply of heat, soldering can be carried out quickly at as constant a temperature as possible. If the soldering station is too weak or the tip is too small, it takes a correspondingly long time until the parts to be soldered are heated and usually they then heat up beyond 260 degrees.

A final check with the multimeter can do no harm.