The first measurement of the frequency response of the amplifier was carried out in “Peak Hold” mode and the measuring transmitter was tuned by hand. The following picture shows the relative frequency response (attenuators were still inserted in the test setup). Absolute values ​​follow later in this report. 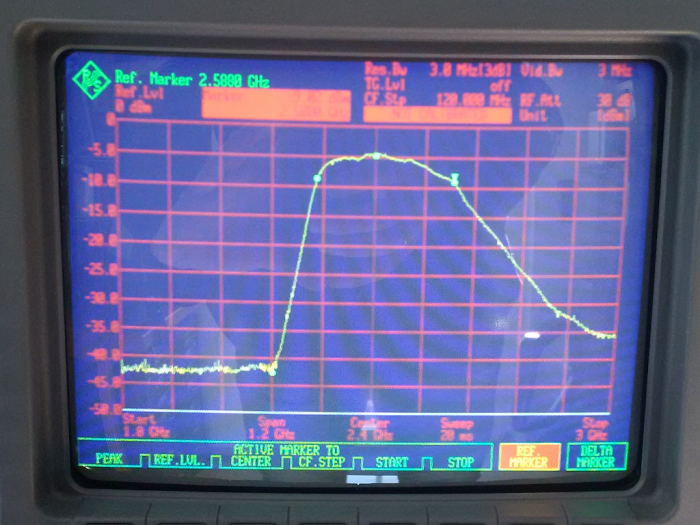 The marker frequencies and levels are (from left to right): 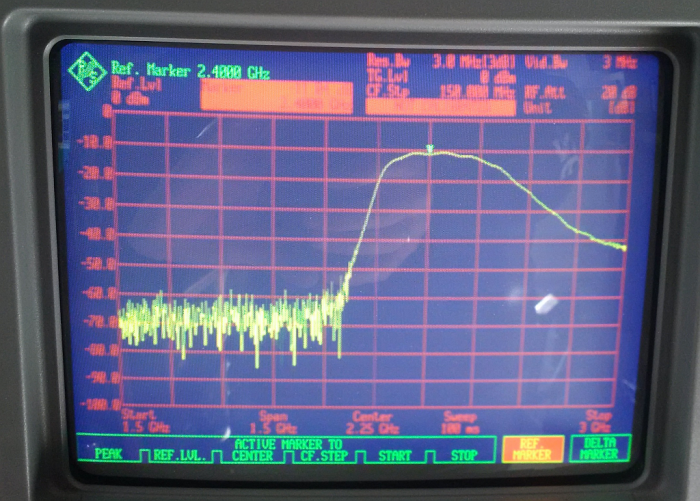 Here are some roughly calculated gain values ​​as a function of frequency:

Here is a measurement of the output power and the gain of this 1st specimen as a function of the input power. Since the measuring transmitter delivers a maximum of + 15dBm, only the P1dB with 33dBm = 2W could be determined, but not the maximum output power. 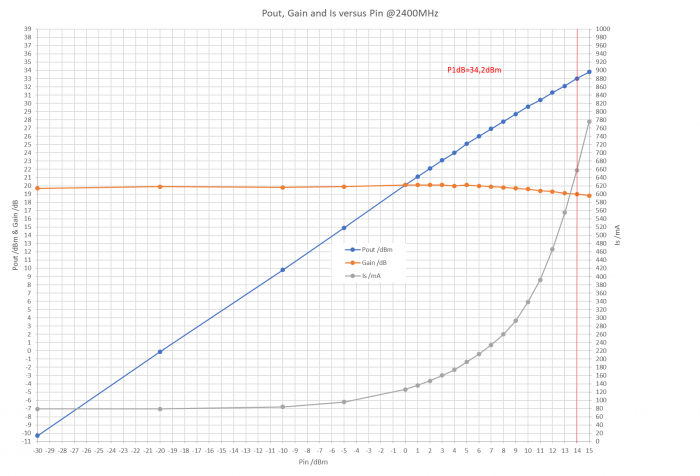 The linear gain is 20dB. A drain efficiency of 26% was determined at an output power of 2.4W.